What does it mean for you?

What Is An AB 60 Driver’s License?

The California Assembly Bill 60 (AB 60), or the Safe and Responsible Driver Act is a law that was passed by the California State Legislature in September 2013. It went into effect on January 1, 2015 and requires the Department of Motor Vehicles (DMV) to issue drivers licenses to undocumented residents over the age of 16 who can prove their identity and meet other requirements.

Is A License Under AB 60 Different?

An AB 60 license has a visible mark stating, “Federal Limits Apply,” to indicate that it cannot be used for certain federal purposes.

How Do I Apply For An AB 60 Driver’s License?

To apply for an original driver’s license, you will need to do the following:

At your DMV appointment, you will need to:

Note: Applicants under the age of 18 will also need to provide proof they have completed driver education training.

Do I Need Proof Of Auto Insurance To Get A Driver’s License?

Yes, before you can take your behind-the-wheel driving test, you must show proof of Car Insurance for the vehicle you are driving. This insurance must have at least California’s minimum insurance requirements.

What Are California’s Auto Insurance Requirements?

There’s a big difference between California’s Car Insurance requirements and what YOU will require to protect your family and finances.

California’s minimum requirements are 15/30/5, or, in other words, Liability Insurance coverage of:

This Liability Insurance only covers damage you cause to others and does NOT cover your vehicle, medical bills, etc.

We recommend you talk to an Auto Insurance Specialist to assess your needs and help you choose a policy that protects you and fits your budget. Most drivers choose to have higher Liability Insurance limits and include optional coverages such as Collision, Uninsured/Underinsured Motorist Coverage, Rental Car, or Medical Payments, as well.

Why Choose AIS For Your Insurance Needs?

We’re Auto Insurance Specialists, so you can count on us to help you understand this law and take advantage of the benefits.

Experience. AIS has been in business for over 50 years. You can trust us to help you find dependable, affordable insurance coverage at a great rate.

Savings. AIS represents only reputable licensed insurance companies and we can compare the rates of over 30 companies for you at once to find the lowest rate.

No Broker Fees. We're your agent and advocate. We don't charge broker fees on top of your policy premium so that you save even more! Remember that you do NOT need to pay high broker fees to get or keep Auto Insurance.

Contact Us. If you need Car Insurance, we can help you get it, usually on the same day. Call us at  800-772-4247  or visit aisinsurance.com or aisinsurance.com/espanol to get started. 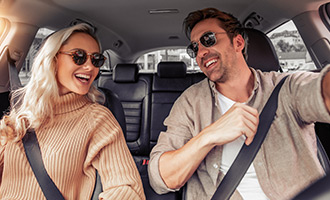 When you buy Car Insurance, do you know what coverages are included in your policy? Here's a quick guide as to what you're getting with each standard coverage type.

There are many factors that determine each individual policy’s rate and online insurance quotes are a useful guide as to what premiums and coverage you can expect. 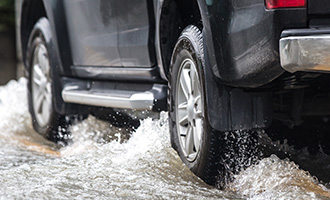 Collisions are not the only way you can incur damages to your car. There are common non-crash related problems that are only covered under Comprehensive Insurance coverage. 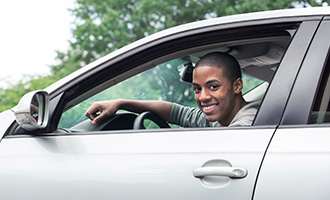 4 Ways To Beat The System With Car Insurance

No one likes paying for car insurance and no one wants to pay more than they have to. Luckily, there are some smart ways to get the lowest rates insurance companies have to offer.